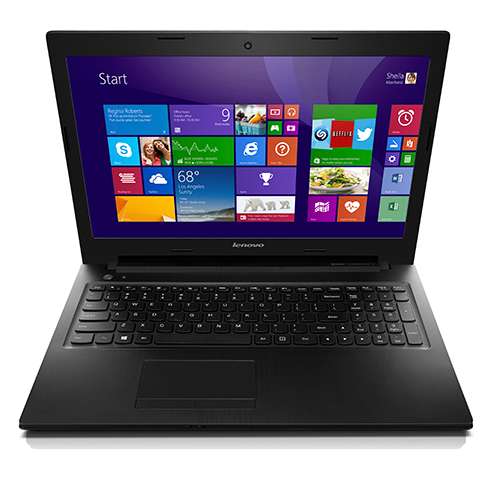 Pros
Good graphics and audio
Big bang for the buck
Cons
Keyboard just doesn't work for me
I've been soldiering on with the same Sony VAIO laptop for quite some time. I love the keyboard and the screen is very good which are both high on my list of needs. My son is an avid gamer and wanted a laptop to web surf with and play games. We tried installing games on my laptop and found that while its video system is very good for work and hooking up to a projector it isn't even close to good enough to play many games out right now. We were able to find a pretty good budget priced machine that games well and has lots of neat features. Lenovo became the largest selling laptop manufacturer in 2013 which bodes well for updates and features so we jumped in and bought the G505s laptop.

Lenovo doesn't wow you with the box the unit comes in. If you ever bought an Apple device you've been treated to visual excitement in the packaging the unit comes in - Apple are masters at generating excitement for their products. Lenovo on the other hand uses a plain cardboard box. Of course the box isn't what matters. Inside the box we found the laptop, the world's simplest manual at about two pages long, the power adapter, and warranty registration card. I miss the days of manufacturers packing their computers with resource materials. These days all support material is included on the computer itself which saves trees but  makes them inaccessible should the computer crash.

The laptop itself features a black plastic casing which loves to pick up oils from your skin. Once your open the unit you'll find that the Accutype keyboard is similar to some of Apple's designs - there are small spaces between the keys. There is a 10 key number pad to the right of the keyboard which is rare in laptops. The unit has two USB 3.0 ports, 1 USB 2.0 port, 802.11 b/g/n/ wireless, Bluetooth, Ethernet,an SD/MMC card reader, and a built in webcam. All in all a good combination of features.

I've used this laptop for two weeks. My son has used it extensively. Up front since gaming was part of the purchase decision we have to point out that it games well. My son plays Skyrim on both the Xbox and this laptop and there is no visible difference in game play. No stutters or unexpected problems. Hes tried other games with good results. With 6 GB of system memory and 2 GB of video memory caching rarely occurs during game play. The quad-core processor in this laptop is definitely up to the task. One unexpected side effect of this performance is that there is a tremendous amount of heat coming from the exhaust port. More than other laptops so I'm assuming the AMD quad core likes to run hot. This is definitely not a computer that should be put on a pillow or soft surface that could block the intake and exhaust ports. You'll quickly know if your hitting some high temps as the exhaust fan is pretty loud.

The screen on this laptop is very good. I'm very happy with the contrast when watching videos and playing games. Text is very crisp and surprisingly there is no ghosting while playing games. That's an awesome accomplishment and shows how much laptops have improved in the couple of years since I bought my VAIO. The speakers on this laptop are at the front edge of the laptop just under the top surface. At first that seems like a peculiar location but the audio is very good. I'm still surprised just how loud the audio of this laptop can get. Ideally you won't put the laptop on a soft surface due to the ventilation needs so the audio won't be blocked either. Manufacturers like to experiment with different speaker locations and usually its an afterthought due to the need to make everything fit inside a laptop's casing. Thankfully this speaker location works very well. This laptop is equipped with a DVD/CD-R drive but Blue Ray is an option. I wouldn't hesitate to upgrade if I had the choice again knowing how good the video and audio are on this laptop.

One area I'm not very happy with this laptop is its keyboard. If you do a lot of typing as I do you'll find that you are constantly hitting the wrong key. This took me a while to figure out. First, the keys are very sensitive to pressure. As you strike one key you'll see accidental characters on the screen due to your fingers sliding along other keys. The gaps between keys may be visually attractive but that means the keys are a tiny bit smaller than normal. If you have big hands like me that probably adds to the accidental characters. Lastly, there is no space between the 10 key keyboard and the standard keyboard. The one accidental strike this causes for me is that whenever I try to backspace I hit the Numlock key. Also the direction keys have to be crammed in between their normal area and the 10 key. I type without looking at the keyboard (thanks for the typing classes in high school!) but I find I can't do that with this keyboard easily. Is a 10 key that important in a laptop? I'm not sure. I guess if you do a lot of financial work you'll appreciate that but as its currently employed I'm not really a fan. Did I mention the delete button is crammed with the direction buttons? Why manufacturers can't standardize the location of certain buttons can drive you nuts if you use lots of different computers.

My son is very happy with his new laptop. Perhaps I'm getting too set in my ways but I just can't get past that keyboard. I think with a traditional keyboard layout this laptop would have been a better budget/gaming system. Performance is very good when the price of this unit is considered. I listed the price at $500 but there are deals that abound for this unit with a little searching. Also, this particular model is nearing the end of its product cycle so even better deals will arise. I regret not getting a Blue Ray drive but as I bought in store you get whatever comes in the box. If you order directly from Lenovo you can customize and perhaps your vendor will have more options available.

The power cord on this laptop looks similar to a USB connection and I think over the long haul it won't break like they do on so many laptops that use the round style connector.  Battery life is claimed to be 4 hours and if you are just web browsing or word processing that seems possible. Battery life with intensive graphics or games is about 1.5 hours which is pretty good. I have no problem recommending this unit but if you do a lot typing perhaps a different model would work better for you.