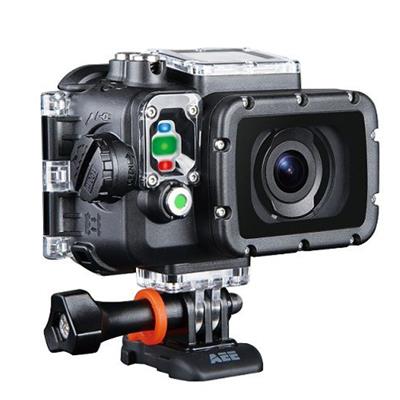 Pros
Most complete camera kit we've ever seen
Fantastic picture and video quality
Can be operated from the wrist remote or a smartphone/tablet
4k max video resolution
16MP max photo resolution
Cons
Couldn't find any
Photography has seen an amazing number of new products. Its hard to believe that not too long ago a 1.3 megapixel camera was considered stated of the art. As image quality has improved so have the demands that user put on them. No longer is a 4.3MP resolution enough. Video has become an increasing need as users want to upload their videos to YouTube or post them on their social media. But with all that video shooting we quickly realized that standard cameras weren't up to the task. Shock, water, extreme temps, etc just made it obvious that what we needed were specialized cameras. Enter the AEE S71T Plus.

When I first opened the box I was amazed at how complete AEE has made this product. Generally, manufacturers give you enough to get started and then you have to order a bunch of accessories. Not here my friends. Included in the box are the camera, a 2" Touch LCD Display, a quick release mount, two adhesive mounts (flat and concave), the mandatory USB charging/transfer cable, the water proof housing with an additional rear component to fit the camera when the 2" display is on it, and a wrist watch with WiFi control to operate the camera from a distance. Whew! The camera itself can be mounted on a standard tripod so this adds to its ability to replace some other cameras in your bag of tricks.

The  camera is rated to take 16 MegaPixel photos and 4k video resolution. With the coming of 4k television sets and displays this is very welcome as the camera is already future proofed. 16MP photos is just mind blowing from such a small camera. I have a professional SLR camera that takes a max of 12MP resolution. Add that the video quality on mine can only reach 1080P and that this camera can take 2.7k and 4k video you can see how impressive this is. All this in a camera that fits in the palm of your hand and which is designed to be more durable. Will I get rid of my SLR. I don't know. Its bigger size makes it feel like a traditional camera but that isn't necessarily a good thing. Old ways have to change and I suspect that with all the new optional mounts that are coming out the days of hanging a big camera around your neck are probably done. Pros who have a need for the lenses a traditional camera have won't change and that's fine. For the rest of us a small form factor with the benefits of being designed for G forces probably is a better idea anyway.

The camera in use

The 2" LCD can be removed if having a smaller package is important  to you. To accommodate this the water proof housing has two different backs. I suppose if you are going to dive deep enough the LCD display may not prove very useful as the water around you gets darker and darker or if you're going in really muddy water. That said, I popped on the two inch display and changed out the back for the water proof case. Easy stuff. This case is very well made. The latching system is easy to operate and the three most important buttons have been included on the case with nice spring backed units. Using this with a gloved hand is a snap. The springs under the buttons help them return quickly to their unused position. Included in the box were a flat and convex mounts which aids in either mounting on a flat surface like a dashboard or on a helmet. There are optional mounts that allow to just wear the camera on your head without a helmet.

The 2 inch LCD display makes this unit so much more useful. Granted, battery life will be better anytime you don't have it on but during your usage you'll find a quick check of what mode you are in before swapping from one mode to another makes up for that. Did I mention that the LCD screen is a touch screen? When its not in its water proof case you'll find this extremely useful. Even more useful is the wireless wrist control. Set the camera up on a tripod and then operate with the wrist control. Years ago I recall shooting a wedding. The couples as they exited the church were supposed to stop for a moment. People being people they just kept walking out so getting the shot just wasn't all that easy. With a camera like this I could have turned on the video mode while I took shots of the wedding couple from outside and then just pick the best frame for each other couple walking out. Killing two birds with one stone.

Another time I used an SLR from the back of snowmobile. The bumps made the video very poor and getting a shot in frame was next to impossible. Again, mounting to the snowmobile with a mount and then picking my shots later would have made my day a lot easier. The point? Everyday people are getting better photos from these new cameras than I could have dreamed of back then.

The SLR's ability to accept different lenses is pretty handy. Don't be surprised when that becomes an option for these small cameras. They already prove to be more durable and their small form factor allows them to go where SLR's and handhelds would be obtrusive.

The AEE S71T excels at its usefulness. Amazing photo and video quality coupled with case that extends its use into other environments. That alone would make it a worthy purchase but add such a complete package at purchase and you'll find that AEE has made sure you have a complete user experience. Throw in wireless control is included in the box as well as the ability to use a phone or tablet to control the camera and you find yourself experimenting to find new uses for your photography. 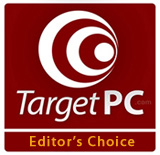